The official IAU Trail World Championships took place in Connemara on Saturday 9th July and the event has been heralded as an outstanding success.

The event was also filmed for broadcast on Channel 4, Eurosport, Setanta and a host of other international channels over the coming weeks, surpassing the guaranteed international coverage of any other athletics event in Ireland this year. In addition, official London 2012 Olympic photographer, Mike King, travelled from the UK to photograph the event as well as journalists from France and Italy, which are trail running strongholds.

It was the first occasion an official world championships at trail running came to Ireland.

Race director Richard Donovan, who also organises extreme runs in the polar regions, planned an ambitious route of 70km, starting at Kylemore Abbey and encompassing mountains, grassland trails, compacted gravel trails, bog, loose rock trails and open countryside. He said Connemara was an obvious choice of location for such an extreme race given the amazing natural beauty of the region.

The Reserve Defence Force, Red Cross, Mountain Rescue and local volunteers were all out in force to guide and support people over the specially marked route. Meanwhile, thousands of people around the world logged on to live updates available on the race website www.runconnemara.com.

Meanwhile, the women's race was won by Maud Gobert (FRA) in 7:41:31 hrs ahead of defending world champion Cecilia Mora (ITA) and Lucy Colquhoun (GBR). France once again dominated the team competition ahead of Italy and Canada.

Richard Donovan said "It was a fantastic day for everybody and the bonus good weather ensured that Connemara will be showcased to millions of people around the world in a way that the region has never been shown before. The aerial footage of elite ultramarathon runners moving at speed over difficult terrain is incredible."

Adding to the day's success, the International Association of Ultra Runners awarded the Order of Merit to the organisers for their planning and execution of the event. 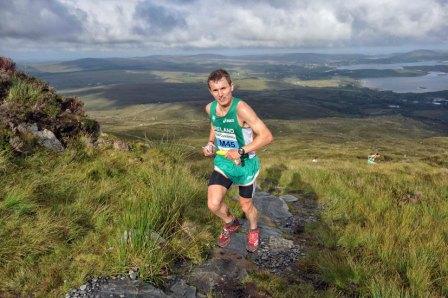